SEZ "Lotus" presented its potentialities at the exhibition "Transport of Russia" 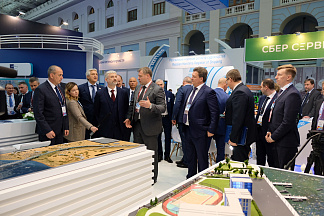 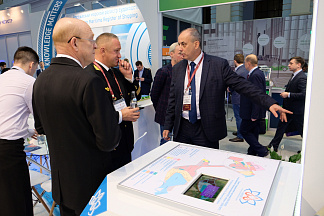 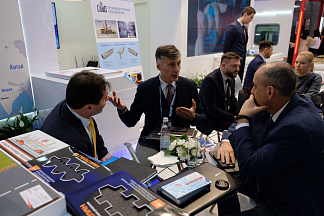 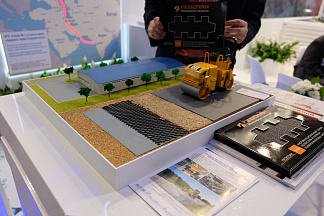 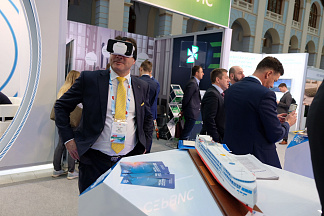 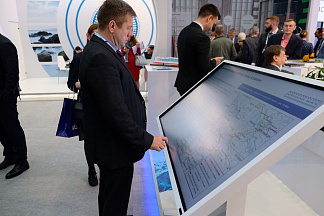 One of the most important business events "Transport week", which is held annually according to the order of the Government of Russian Federation, came to an end in Moscow. The meetings were attended by Igor Babushkin, the Governor of the Astrakhan region. This year, the booth of the Astrakhan region and the SEZ "Lotus" was presented at the Exhibition as the cargo base of the North-South international transport corridor.

Recall that a port special economic zone is being created in the region by order of the Russian President to develop cargo transportation along this corridor through the Astrakhan region. Namely, this project became one of the cores at the exhibition. Guests could see how a future private port will look like inside a port SEZ under formation. They were acquainted with the placement of its main elements on the detailed port SEZ scheme.

SEZ "Lotus" tenants presented their contributions to the development of the transport industry of the country. Thus, the restore period of the Russian cruise fleet is now underway at the shipyard "Lotus” which implements the project of the first cruise liner in modern Russia styled as a five-star hotel by project PV300VD. The guests of the exhibition “Transport of Russia” could see the ship scale model and VR-glasses helped them to walk through the restaurants and cabins of the liner under construction.

Another tenant of the Astrakhan SEZ produces geosynthetic materials that are widely in demand in road, railways construction and airstrips. These materials extend the service period and increase the quality of the roadway.

Now the first set of the plant "Gexa-Lotus" is working, totally six stages are to be implemented. The scale model of the plant and product samples were also presented at the booth.

At the forum “Transport of Russia” representatives of SEZ “Lotus” managed to hold a number of meetings and negotiations with potential tenants and infrastructure partners. In addition, the Director General of the Astrakhan SEZ signed an agreement on cooperation with the State Transport leasing company (STLC) and LLC PLC (PORT LOGISTICS COMPANY) “Caspiy”.

Tripartite cooperation is aimed at the implementation of the investment project for the construction of a container port in Astrakhan region in the port SEZ under creation.

Earlier, the Government of Astrakhan region and PLC “Caspiy” signed an agreement of intent with a total investment of more than 15 billion rubles.

The SEZ management company “Lotus” provides assistance, consulting and methodological support to the project. In addition, agreements of intent were concluded with the first potential tenants of the port SEZ with the assistance of PJSC (Public Joint Stock Company) SEZ “Lotus”.

“We continue to take a comprehensive approach to the development of Astrakhan region as a whole, because without such an approach it is impossible to fully develop a single territory, such as the special economic zone "Lotus".

Therefore, from the first day we joined in the work on the transport corridor “North-South”, as interaction with business showed that its effective work would attract new modern production to the region and fully realize the geopolitical advantages of Astrakhan region. We managed to attract tenants from Iran and Italy this year, which we also associate with the decisions’ activation on this corridor and work on the creation of a port SEZ. And, of course, we continue to take part in major Russian and foreign events, including in the format of organizing exhibition stands, thereby increasing the investment attractiveness of both SEZ “Lotus” and the entire region as a whole” said Sergey Milushkin, the Director General of PJSC SEZ “Lotus”.