Production of irrigation tubes has been launched in the SEZ “Lotus” 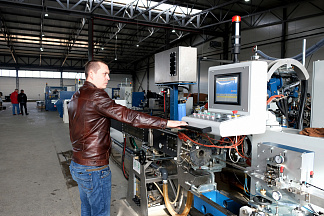 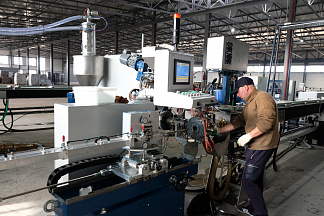 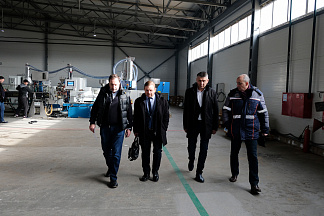 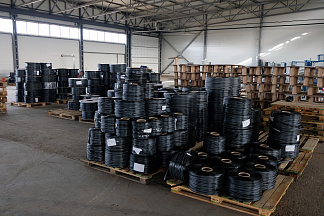 The company “Svoyee” has announced the beginning of industrial production of irrigation tubes in the SEZ “Lotus”. The factory has its first employees, launched two production lines with a total capacity of 200 million linear meters per year, and the first batches of products are formed.

“All necessary authorization documents have been obtained, the plant has been put into operation, the necessary conditions for people to work have been secured. Two production lines are currently in operation, and it is planned to implement another three lines, increasing the capacity to 500 million meters per year. It is expected to be produced about 150 million linear meters of tubes by the end of the year”, commented Andrey Ivanov, the Director General director of the company.

According to Ilya Vishnevetsky, the managing partner of the company, most of the products that will be produced at the plant before the end of the year has already been contracted. The first batches will go to Turkmenistan, Kazakhstan and the Moscow region. The production of the Astrakhan manufacturer differs in terms of the high level of ecological safety through the use of modern environmentally friendly technologies. The pricing policy of the company is within the pricing policy of the leading world producers and is competitive in the domestic market. The total amount of investment into the project was more than 500 million rubles.

“The demand for this product is high both in Russia and in neighbouring countries. That was confirmed by the First Caspian Economic Forum held in Turkmenistan, where we participated. Production is aimed at import substitution and solving of tasks of agro-based industry,” - noted Sergey Milushkin, the Director General of JSC “SEZ “Lotus”.

It is worth noting that the “Svoyee” company is not the first production aimed at import substitution in agro-based industry. At present another resident of the SEZ “Lotus” is building a large plant for fish feed production, which is intended to use mainly raw materials grown in the territory of the Astrakhan region.